The rights that every human is guaranteed are one of the cornerstones of modern society, and protected civil rights are at its foundation. Civil rights violations can occur from sexual harassment to race discrimination and from employment to fair housing rights, but it may be hard to know when your protected rights have been violated. If you suspect such a violation, it may be in your best interest to seek out a consultation with a civil rights lawyer in Los Angeles.

What are Civil Rights?

At its heart, civil rights protect people against harassment and discrimination on grounds such as race, gender, sexual orientation, gender identity, age, ethnicity, religion, physical or mental disability, or status as a member of the uniformed services. With such a large set of rights covered, it’s easy to see how a civil rights attorney in Los Angeles will be needed to ensure that you get the justice you deserve. 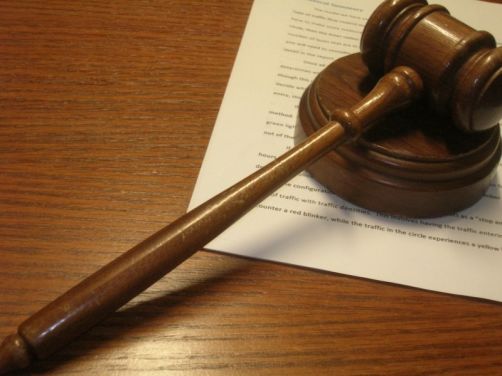 How Do You Know a Protected Right Was Violated?

The first thing you need to verify is if a protected civil right was violated. In many cases, you may feel that in a situation your rights have been violated, but how do you know that it was a protected civil right that was violated? A civil rights attorney in Los Angeles would be able to assess the situation and inform you as to whether the action was a “lawful discrimination” or an unlawful civil rights violation. Lawful discriminations may feel like your rights have been violated, but they are instances where you won’t be able to seek a suit. An example of a lawful discrimination can be a situation in employment where multiple employees are up for a promotion, where an employer can use lawful discriminations such as performance, skill or general attitude to narrow down who to promote. An unlawful discrimination in this situation would include using an employee’s race, sex, or gender (including pregnancy), disability, or several other protected statuses (As listed at the California Department of Fair Employment and Housing website) to determine who would be awarded the promotion.

Your Options If Your Civil Rights Have Been Violated

There are several ways you can fight for justice once you have determined your protected civil rights have been violated. After consulting a civil rights attorney in Los Angeles, you may choose the quickest and most common way to deal with a legal dispute, which would be to agree to informal negotiations. During informal negotiations, you and the accused may sit down together (typically with an attorney present) and draft an agreement that is satisfactory to both parties to resolve the dispute. In an example with potential employment termination discrimination, this may result in the employer agreeing to pay a certain amount to the employee as a severance payment, and in turn the employee will waive their right to sue over the matter.

Filing a Claim with the Government

For most cases of civil rights violations, you will have the option to file a private lawsuit in order to find justice against those responsible. With the help of a civil rights attorney in Los Angeles, you’ll be able to decide whether you want to file at the federal or state level, although in some cases it is the law that will decide at which level of government the case will be heard. You’ll begin by filing a complaint, setting out certain facts and allegations to show that the ones responsible have violated your protected civil rights, and any harm brought to you.

Hiring an Attorney to Help your Claim

Like all legal issues, civil rights violations claims can be very complicated. To assist with your claim and to have the best chance of a positive outcome, you should contact a civil rights attorney in Los Angeles to fight for the justice that you deserve.

Enter your email address and receive the latest updates!